Lambertville’s downtown known to many as the “antique capital” pays significant homage to its history while providing a number of engaging and inclusive modern activities for people with a wide variety of interests.

From restaurants, many of which source local ingredients, to art galleries that are owned by or frequently feature local artists, to fitness and yoga studios, to bookstores like Panoply, to live music such as Riverside Symphonia – it’s easy to spend a day in Lambertville. Visitors can stay the night in a quaint bed and breakfast in historic homes, grab a bite or unwind with a cocktail at the Lambertville House, a former stagecoach stop transformed into an upscale hotel and restaurant, or catch an independent movie or documentary at the former Acme Supermarket Friday through Sunday, often accompanied with a guest speakers or post-film discussions and exhibits. On top of the daily activities, Lambertville is home to major regional events such as Shadfest, which was originally created to help engage people in cleaning up the Delaware River and is home to the only two-state Pride Parade that takes place across the bridge between Lambertville and New Hope, Pennsylvania. Lambertville also mixes the old with the new featuring ten sites and districts listed on the National Historic Registry including the James Marshall House, Lilly Mansion, the Delaware and Raritan Canal Historic District, and more. 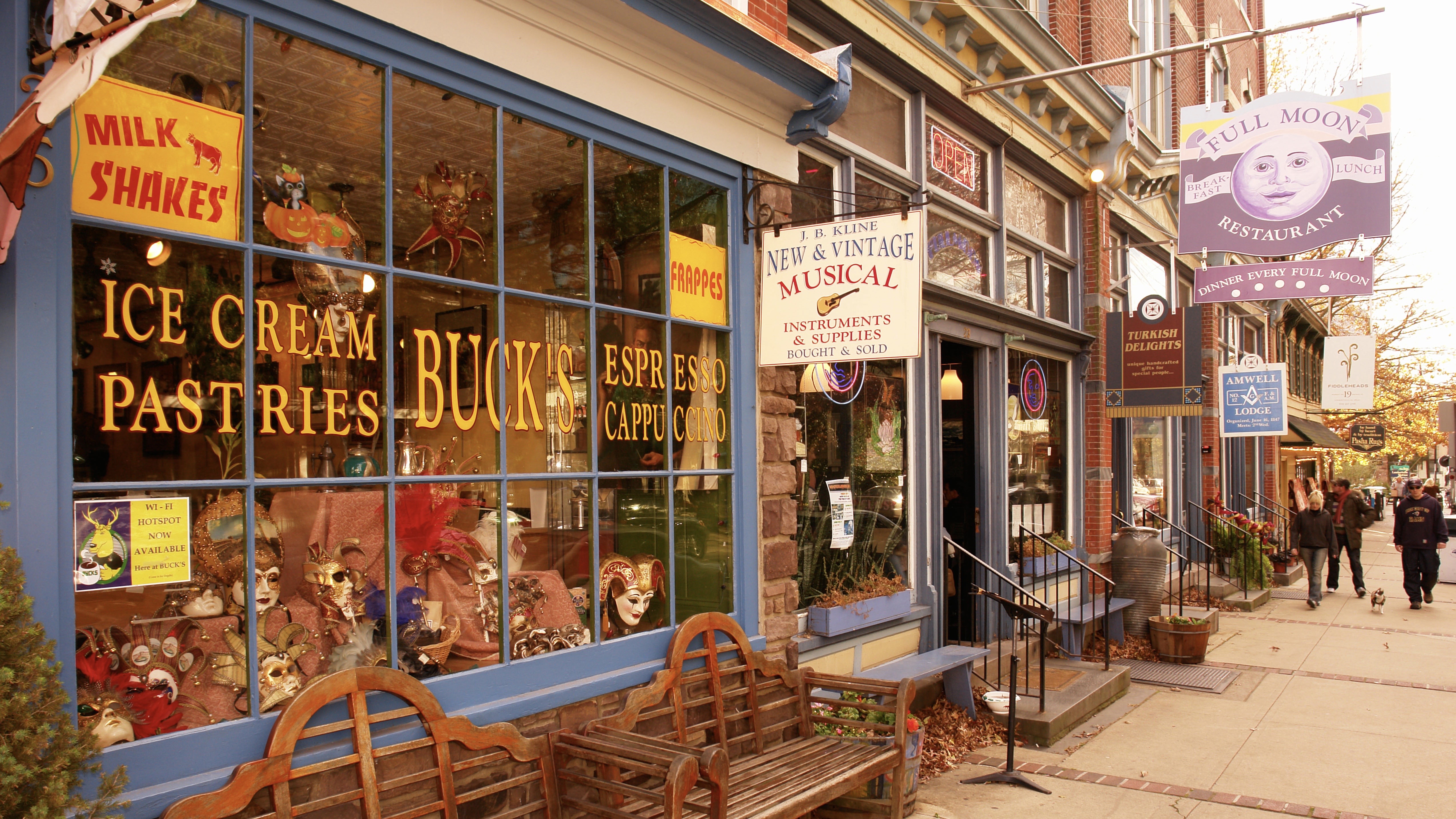